I had bought the Iple grey/white petdoll kitty quite a while ago with intentions of him being Adso, but he was never a perfect fit. He was a little small, and I always saw Adso as full grey, not grey/white. (Pic below is Claire with Adso v.1) 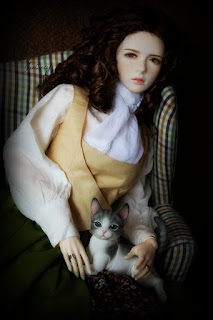 I was trolling Denver Doll the other day looking at petdolls to use with my DT Elf girls, when I spotted a Zuzu delf kitty that was pure grey with stripes. Much more as I saw Adso in my head. I noted by his measurements that he was  a little bigger than the Iple Pet kitties, so ordered him hoping he might make a better Adso for my bigger Claire. He arrived yesterday and while his features are much more "anime" than needed to make him perfect for the role. I think he's still pretty darn cute. 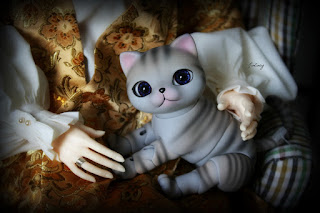 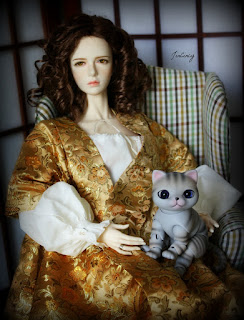 If I'm creative with the angles so his eyes don't show in line with hers, I think he might work. 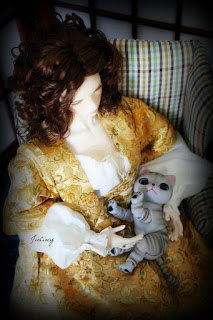 And one last shot of him with the Iple kitty for comparison sake. 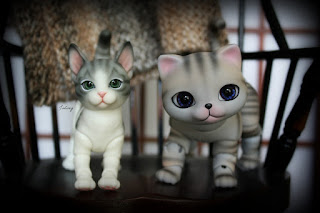